It's been awhile since I've updated this blog, but I try to do it when i'm venturing into new territories, even through I've failed with the last one..

I built a huge RepRap, which I barely documented. It is big, and mostly works, kinda, but it's neat to look at. 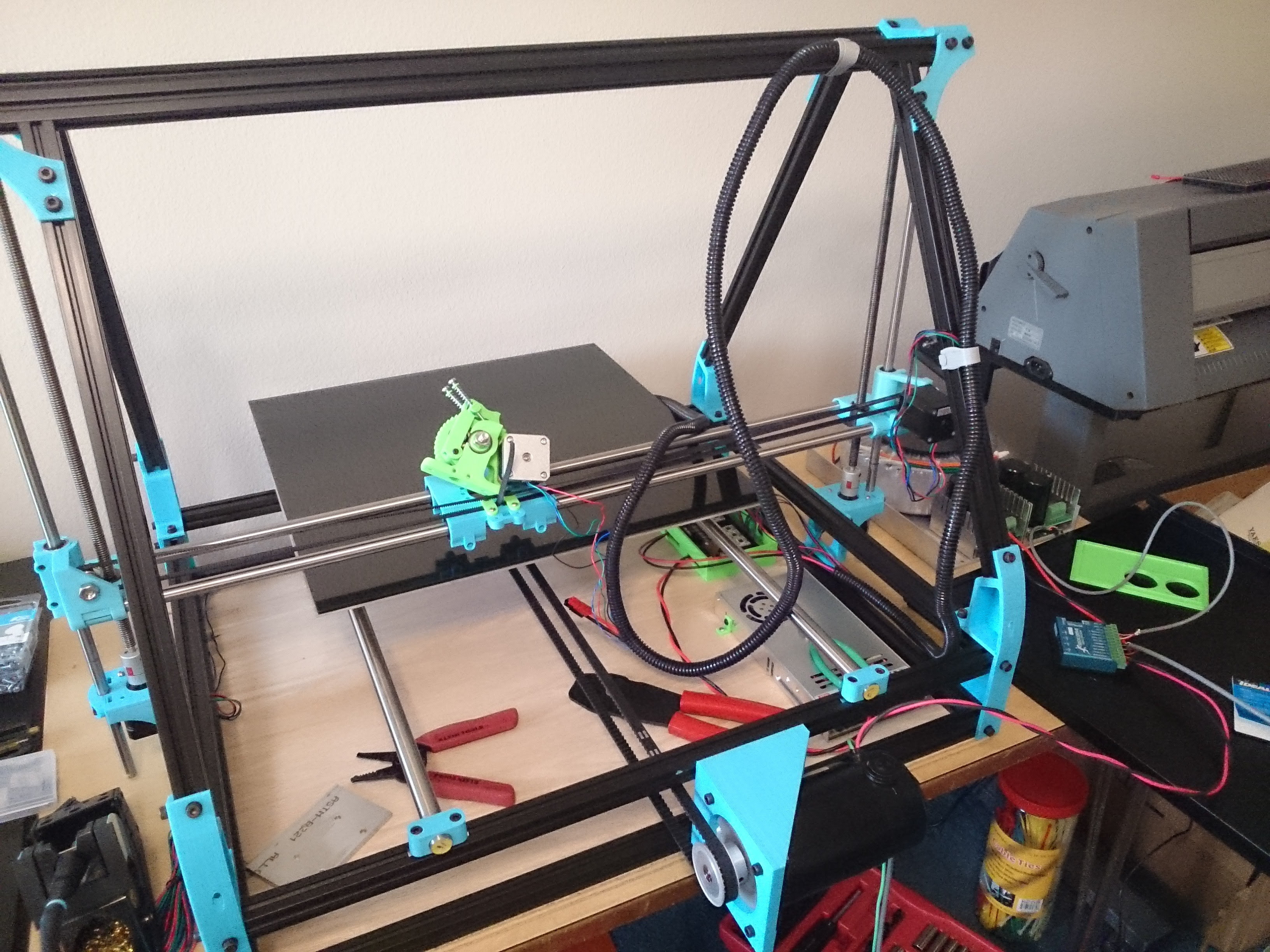 Now I'm working on something else, which is a lot bigger, and hopefully a lot more stable.

I've decided to go with a CoreXY design, which is pretty interesting in that it uses two belts to drive an X and Y axis, but by working together. 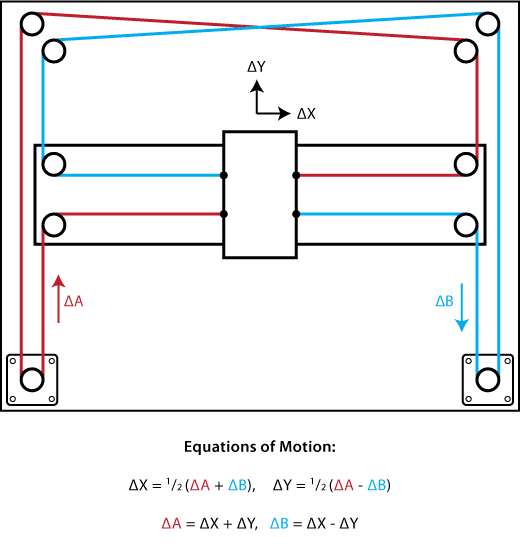 Now, I'm not the first one to build something like this, it's nothing new. However, i'm doing what I did before, and building it really big. This thing will hopefully have a 2' cubed printable area. I'm not 100% on that, but it's what I'm shooting for.

So far I've gotten the frame built up and some V-slot cut to handle the rails, but I'm going to start blogging about what I'm doing here and why, since there's so little information on CoreXY design out there.

Anyway, a quick picture on where I'm at right now: 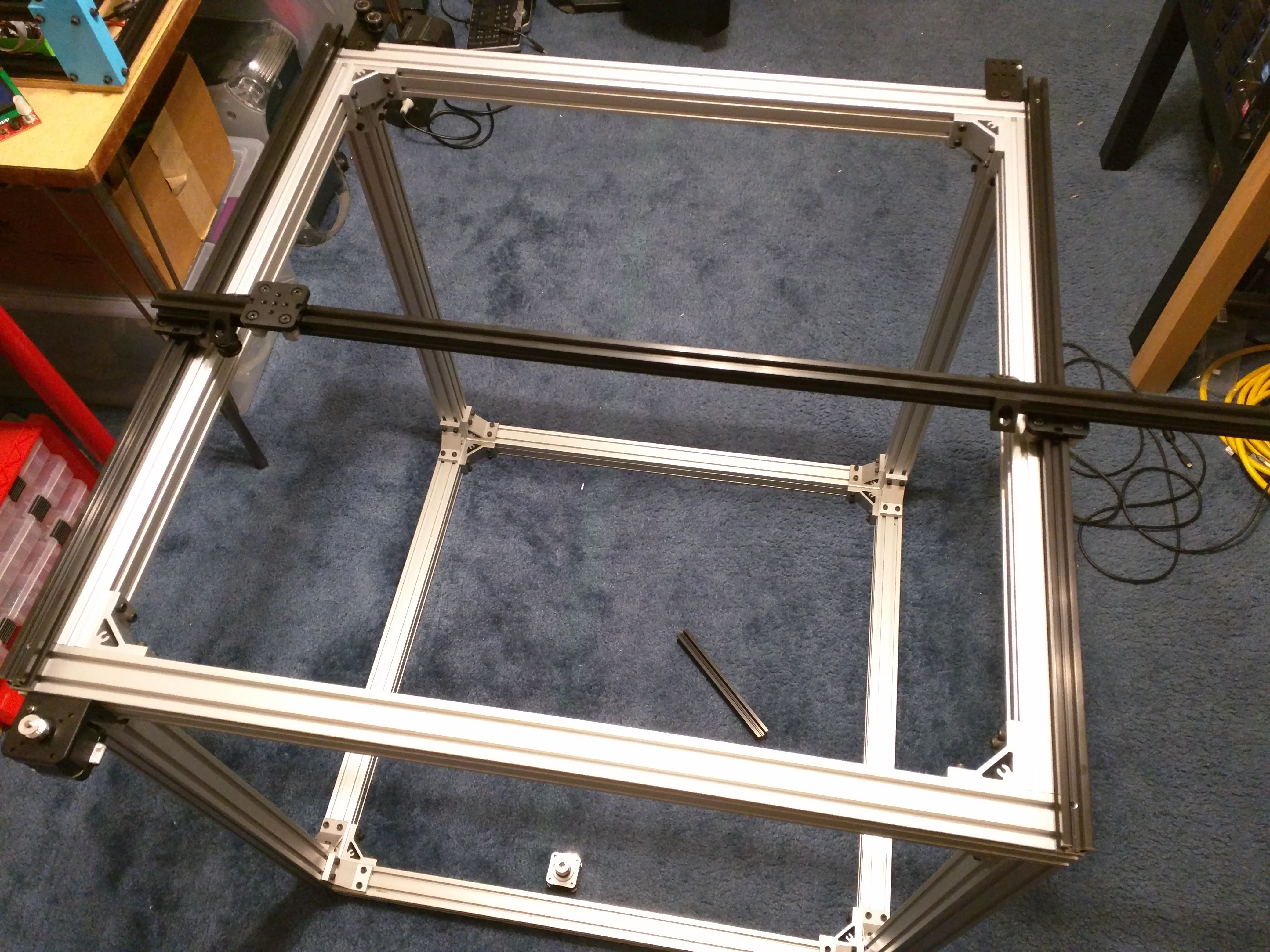